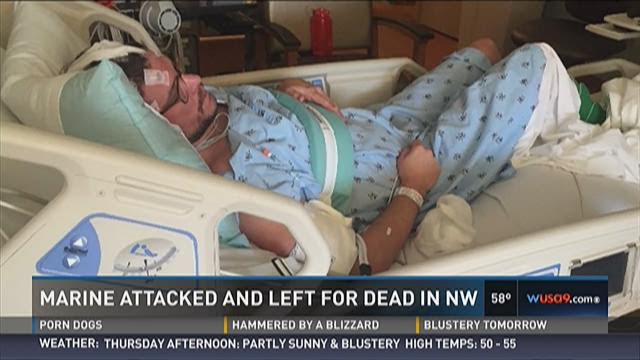 Not one but two Marines were brutally attacked on February 12 in two unrelated incidents.

One attack happened at a McDonald's when two teenagers assaulted and robbed a veteran Marine.

A second Marine, 35-year-old Michael Schroeder, was left for dead after a being attacked in Northwest D.C. that same day, according to his family.

Temperatures had dropped down to the teens in weather reports. Lying in the cold, dragged between two cars, face-down, head bashed-in and cash missing is how Schroeder’s family says police found him in the Glover Park neighborhood. Thankfully a dad and son driving by in a taxi saw Schroeder and called the authorities.