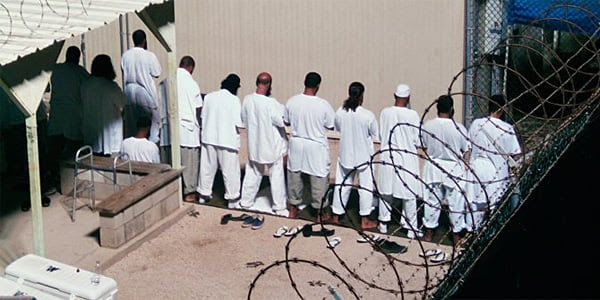 President Obama is urging Congress to approve the closing of the detention center at Guantanamo Bay, Cuba, allow for the transfer of remaining detainees to the U.S. and try them in U.S. courts.

In calling for the policy change, Obama said the move would save taxpayers money without compromising security. In fact, Obama argues that America is less safe because of the facility.

“For many years, it’s been clear that the detention facility at Guantanamo Bay does not advance our national security. It undermines it,” said Obama Tuesday. “This is not just my opinion. This is the opinion of many in our military. It’s counterproductive to our fight against terrorists because they use it as propaganda in their efforts to recruit.”

“That absolutely false. It’s like, ‘If you like your health plan, you can keep your health plan.’ There is no truth to that whatsoever,” McInerney told WND and Radio America.