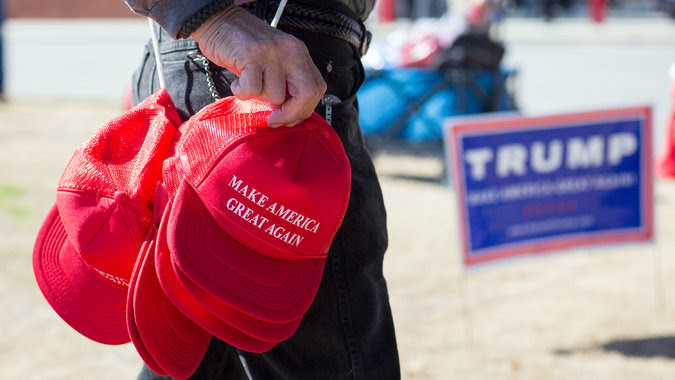 A financial adviser who was recently highlighted in an article in The New York Times as the only Goldman Sachs employee to contribute to Donald J. Trump’s presidential campaign has been placed on administrative leave, according to people familiar with the matter.

The employee, Luke Thorburn, made two donations, totaling $534.58, to Mr. Trump’s campaign in September, according to Federal Election Commission records. He also trademarked the phrase “Make Christianity Great Again,” according to public records.

The Times confirmed that Mr. Thorburn is associated with a website that sells hats that resemble Mr. Trump’s red and blue “Make America Great Again” caps, replacing the word “America” with “Christianity.”