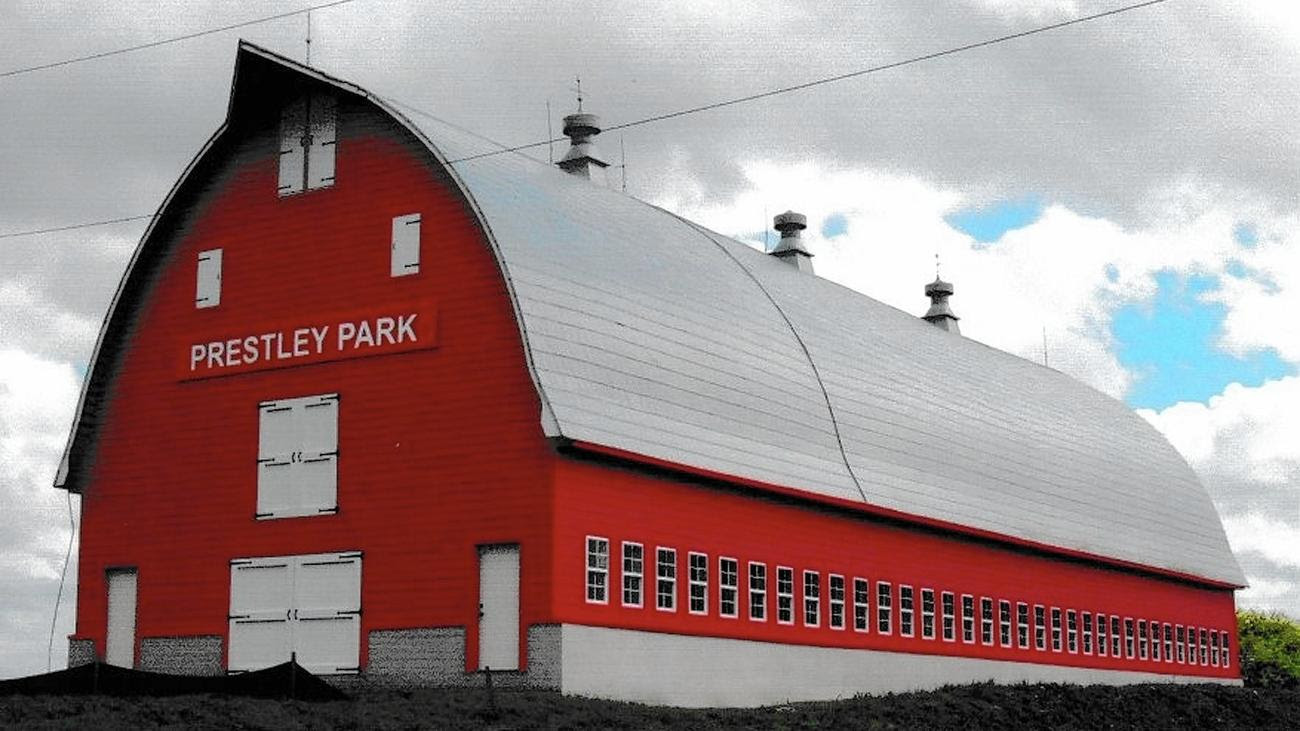 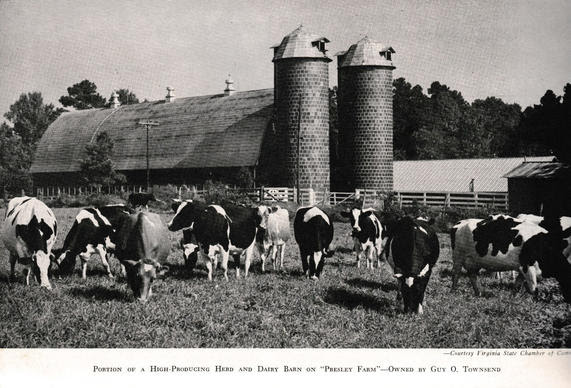 Prestley barn, built in 1925, is located at the corner of Route 360 and North Carolina Road in Manquin. It was restored in 2014. Courtesy of Emily Townsend.

The Tomlin family owned the property until 1925, she said, when it was purchased by her husband's grandfather James L. Townsend, who was a pioneer in the local dairy industry. (My grandfather supplied most of Richmond's milk during WWI) William Guy Townsend's father built the dairy barn that year, which Emily Townsend said was roughly the same time as the road now known as Route 360 bisected the property.

A few hundred feet off of Route 360 on the way to Manquin in King William County, a shock of fresh red paint marks the restoration of a landmark that holds nearly a century of history and a smaller barn that's more than twice as old.

Dilapidated and in need of repair, both Prestley Barn and the Old Virginia Barn were falling into ruin until a December 2013 transaction offered the historic structures a second chance to shine. Emily Townsend, whose husband William Guy Townsend's family owned the property for about 65 years, answered the call from local preservationist Carroll Lee Walker.

"He called up that day in December and said, 'Ms. Emily, I've got an option to buy Prestley Park,'" she said. "He made my day."