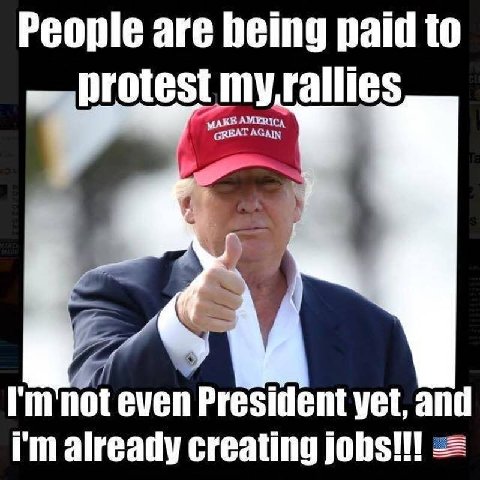 Many rightish critics of our current political state of affairs assert that modern mass democracy does not breed true statesmen, and some of these sincere rightish critics point to the success of Donald Trump as a case in point. (I say sincere rightish critics because globalist donor class shills masquerading as movement conservatives who are critical of Trump, such as Paul Ryan, Mitt Romney, Bill Kristol, the boys at National Review, et al, are not sincere.) And these sincere critics are certainly right. This point deserves separate elaboration, but suffice it to say that the suite of traits that make for a good campaigner in our modern democracy, especially at the national level, do not necessarily make for a good leader, and are even potentially antagonistic to each other. The current occupant of the Oval Office, who is a master campaigner but a lousy leader, is an excellent illustration of this.

More @ The Economic Populist
Posted by Brock Townsend at Friday, May 13, 2016