Vox editor: If Trump comes to your town, start a riot 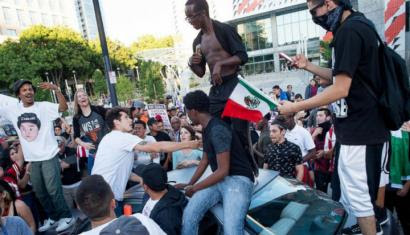 Golly, mightn’t this play hob with the accusation that Donald Trump is the one inciting riots? Vox’s “deputy first person editor” Emmet Rensin took to Twitter last night to declare that, since Trump is a racist and a fascist (in Rensin’s opinion, at least), then all forms of violence short of murder have become completely legitimate. I wonder whether the mayor of San Jose might rethink his blame-throwing for yesterday’s violence from a leftist mob after this: