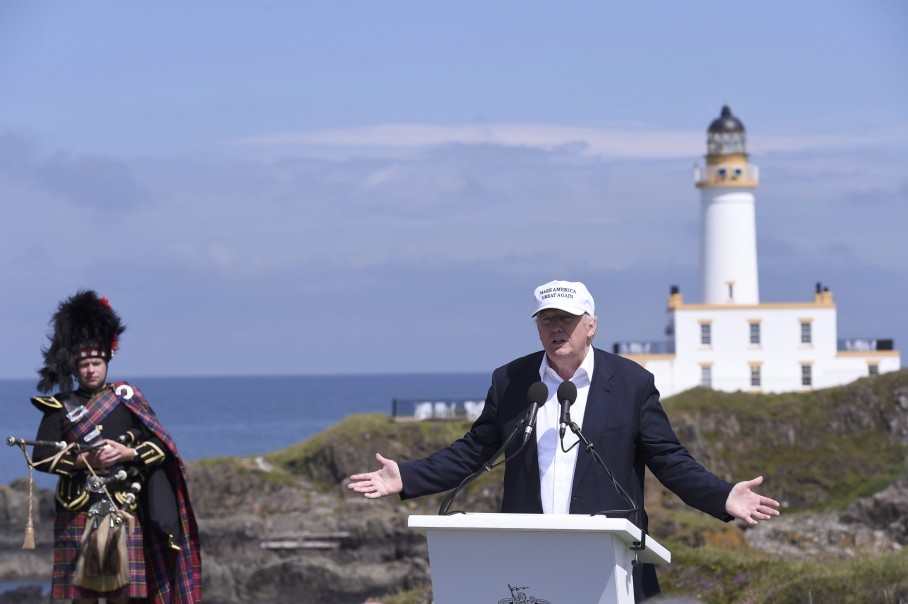 When you consider all his controversies and self-inflicted wounds over the past month, combined with how much he’s getting outspent on the airwaves in the battleground states, it is actually quite surprising that Trump and Hillary Clinton are so close in the polls. He’s holding his own, especially in the Rust Belt.

The British campaign to exit the European Union (known as “Brexit”), like Trump’s, was fueled by grievance. Those agitating to cut off formal ties to the continent were less organized and less funded than those who wanted to stay connected, but that deficit didn’t matter in the end, because the energy was against the status quo.

When he descended the Trump Tower escalator on June 15 last year to announce his run for the presidency, Donald Trump polled near the bottom of the Republican field. An NBC-Wall Street Journal poll taken from June 14 to 18 reported Trump was the first choice of 1 percent of Republican voters, behind Rick Perry, Carly Fiorina, and eight others. A RealClearPolitics graphic tracking an average of several polls illustrates the stunning speed of Trump’s rise. For most of June, Trump’s line slithered along the bottom of the 17-person field, then headed by Jeb Bush. Two weeks after his announcement, Trump stood at 6 percent. After that his support line began to shoot up vertically, pulling even with Bush by mid-July. Trump finished the month at 21 percent, comfortably ahead of Bush and Scott Walker at 12 and 13 percent respectively, a lead he would never relinquish. 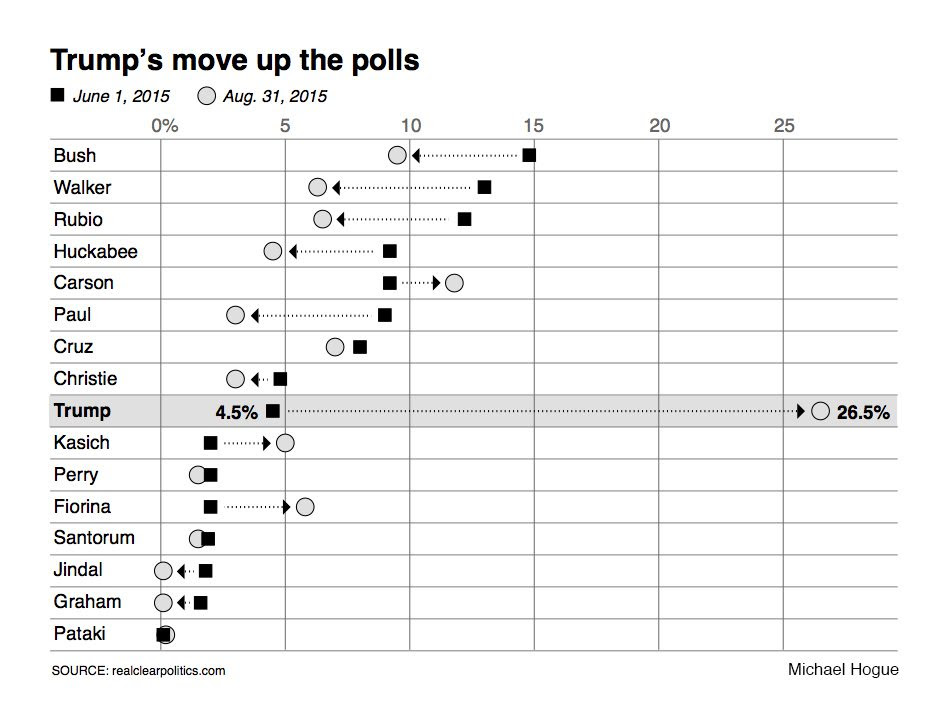 His announcement was at first treated by the press as something of a curiosity. Many focused on his assertions of wealth. “I’m really rich,” he said at one point. Few focused initially on the notorious remarks about Mexico—“When Mexico sends its people they’re not sending their best … they’re sending people that have lots of problems and they’re bringing those problems with us, they’re bringing drugs, they’re bringing crime. They’re rapists. And some, I assume, are good people.” While factual, if one conceded that Trump was not speaking of all Mexican migrants, the words were clearly incendiary.