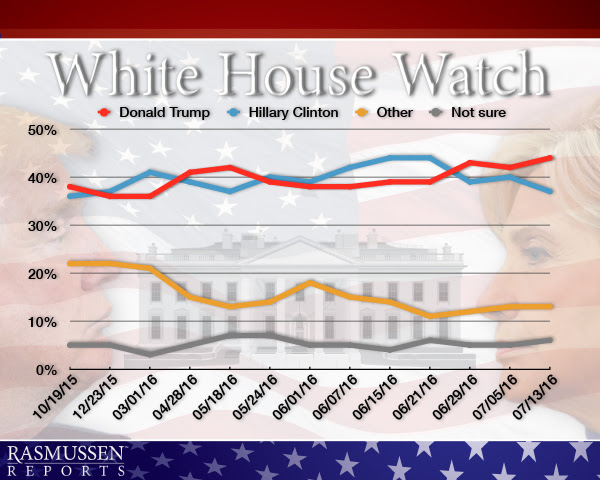 As we thought, the BLM fiasco only helps Trump. :)

Just days before the Republican National Convention is expected to formally nominate him for president, Donald Trump has taken his largest lead yet over Hillary Clinton.

This is the third week in a row that Trump has held the lead, although last week he was ahead by a statistically insignificant 42% to 40%. This week’s findings represent Trump’s highest level of support in surveys since last October and show Clinton continuing to lose ground.