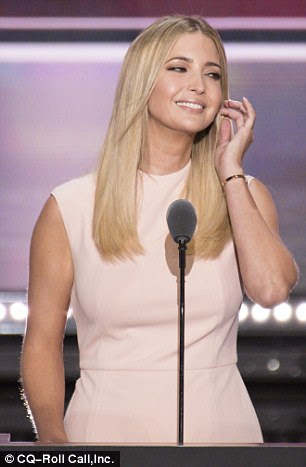 Ivanka Trump has been fervently campaigning for her father Donald, but the savvy businesswoman inadvertently donated money to his opponent Hillary Clinton when she purchased an ear cuff from an indie jewelry brand worn by Beyoncé, Rihanna, and Selena Gomez.

After the 34-year-old ordered an $84 gold Helix Ear Cuff from Lady Grey Jewelry's website, the brand's co-founders and designers, Jill Martinelli and Sabine Le Guyader, took to the company's Instagram page on Tuesday to share a photo of the handwritten note they had sent to Ivanka.

The publicly shared message revealed that the jewelry designers donated the proceeds of the sale to various organizations, including the Hillary Clinton campaign, and while some fans admired their moxie, others accused them of being 'unprofessional' and 'tactless'.