Who is Hillary’s Handler? 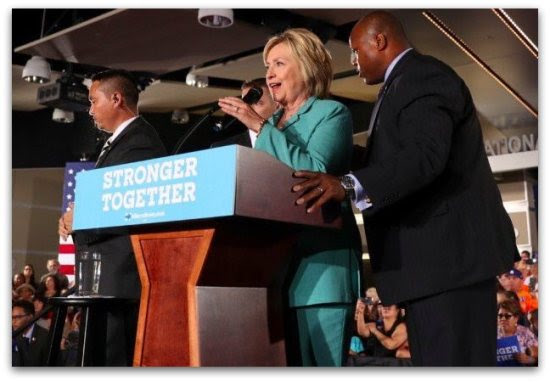 Michael Jackson, Prince, and Elvis would travel with a personal doctor who could administer needed life-saving drugs and attention during a crisis. Remember when you thought famous people like Michael Jackson and Elvis had good medical care? What’s Clinton on?

Hillary appears to travel with her own Michael Jackson/Elvis style doctor. Who is he?

We saw this first “doctor” or handler during Hillary’s recent freeze-up. You can see Hillary’s handler, who at first glance would not be considered the alpha male of the group, reassure Hillary, speak to her using hypnotic language, and then move the Secret Service Agents out of the way. This handler is not an ordinary SS agent.