Rape Victim Takes on Chelsea Clinton Over Hillary’s Role in Her Abuse: “Your Parents Are Not Good People” 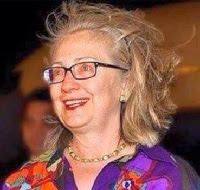 This comes after Chelsea attacked Donald Trump personally in a recent Cosmopolitan article.

Chelsea Clinton weighed in on Donald Trump invoking her father’s “transgressions” this week, and Juanita Broaddrick responded by sending her a message on Twitter.

Trump boasted after the debate that he could have gone there on Bill Clinton, but didn’t want to with his daughter in the room.

Well, she responded to that in an interview with Cosmopolitan after the debate. Clinton said,


“It’s a distraction from his inability to talk about what’s actually at stake in this election and to offer concrete, comprehensive proposals about the economy, or our public school system, or debt-free college, or keeping our country safe and Americans safe here at home and around the world.”