A Southern Belle: “Never! Sooner than betray my country and three brothers in the army, I would die!” 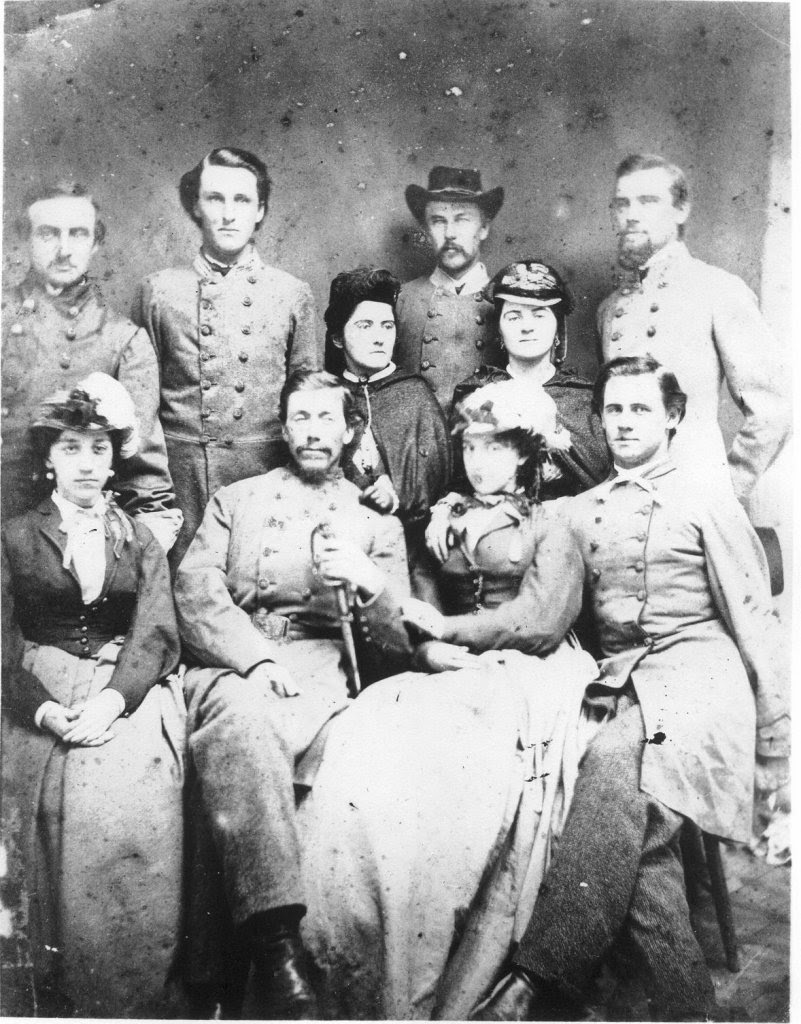 Women And The Civil War- Daring Confederate Women Hid Supplies In Their Hoop Skirts
The climate of war that framed the journey of Elizabeth White, Kate and Betsie Ball, and Annie Hempstone into Union territory to obtain supplies was one of increasing desperation for the Confederacy.

In July 1864, four women risked charges of treason to smuggle supplies for Confederate soldiers across the Potomac River. Their story begins on the Maryland-Virginia border in northern *Loudoun County, a place of divided loyalties and fierce fighting, and serves to challenge conventional notions regarding nineteenth century women as weak and apolitical.

The three friends had embarked on the daring mission north into Maryland to retrieve supplies for “our dear Maryland boys in grey.” Annie Hempstone later wrote of their adventure as a “little trip across the Potomac,” which belied the true perils of their journey.


Mrs. Elizabeth White was the wife of Col. Elijah White who commanded “Whites Battalian”, CSA.  Miss Bettie Ball and her sister, Miss Kate E. Ball, along with Miss Annie M. Hempstone were young girls from *Loudoun County.  All of these ladies had a strong love for the Confederacy and a devout hatred of the U. S. Government.  All had near relatives in the Confederate Army.


The General Payne (Paine) below was an Ohio lawyer and prewar friend of Abraham Lincoln. He was formally reprimanded for brutality toward civilians in Kentucky, and known to have allowed Southern prisoners to ride away on old horses and chasing them down to be killed.    Mrs. T.J. Latham later became president of the Tennessee Division, United Daughters of the Confederacy and State Agent for the Jefferson Davis Monument Fund. She also raised funds for the Nathan Bedford Forrest Monument.
Bernhard Thuersam, www.Circa1865.com   The Great American Political Divide

Terror, Looting and Banishment in Tennessee

“Mrs. Latham was married at her home in Memphis just at the beginning of the war to T.J. Latham, a young attorney and Unionist of Dresden, Tenn., their home till the close of war.

Dresden was debatable ground, subject to raids by “bushwhackers” and “guerillas,” one week by one side, and the next week by the other. These incursions, frequent and without notice, were sometimes to arrest “disloyal” citizens and always to secure every good horse, or any moveable article they could make available.

From these harassing surroundings, Mr. Latham sought refuge by making Paducah his home, but passing much of his time in New York. The notorious Gen. [Eleazer A.] Payne was in charge at Paducah, and soon became a terror to every one suspected of being a Southern sympathizer. Soon after the famous Forrest raid into Paducah, Payne’s reign became much more oppressive and unbearable. Nero in his prime did not exceed him in heartless cruelty.

The couple with whom Mr. and Mrs. Latham boarded also came from Dresden. They were highly estimable people and had a son in the army. [The gentleman] was quite old and feeble, and under excitement subject to apoplectic attacks. Payne had him arrested. [His wife] fainted and he became alarmingly excited, appealing to Mrs. Latham to go with him, fearing, he said, that Payne’s Negroes would shoot him.

She went, and the first sight that confronted her at headquarters was a lovely woman at on her knees at Payne’s feet, praying for the release of her son, who was arrested the day before while plowing in the field a few miles from the city. Being refused, she asked what in deepest anguish: “What will you do with him?”

“Have him shot before midnight, Madam, for harboring his brother, who is a Forrest Rebel,” and executed his threat.

Mrs. Latham was more fortunate, securing the release of her friend; but Gen. Payne then, addressing her, said he would pardon her and furnish carriage and the best white escort, if she would return to her home in Dresden and point out the Rebels.

Instantly she replied: “Never! Sooner than betray my country and three brothers in the army, I would die!”

Turning savagely to Mrs. Latham, he said: “You will hear from me soon, and T.J. Latham though now in New York, will be attended to. He is a fine Union man to have the impudence to visit Gen. [Napoleon] Dana, at Memphis, my commanding officer; and, with others, induce him to annul my order that no person having sons or brothers in the Southern army should engage in business of any kind in the Paducah district. I will teach him a lesson in loyalty he will remember.”

Next morning a lieutenant went to Mrs. Latham’s and ordered her to get ready, as Gen. Payne had banished her with about ten other women to Canada. He advised her that he had selected Negro soldiers as a guard. The white captain wired for meals for his “prisoners.” At Detroit the militia was ordered out to insure the safe transportation of a dozen women and children prisoners across to Windsor. On landing, John [Hunt] Morgan and many of his men and others gave them a joyous greeting, and at the hotel they sang Dixie war songs till a late hour.

Thence Mrs. Latham went to New York to join her husband. Mrs. Payne advised [her husband and others] of Payne’s despotic rule, and it was soon known to “honest old Abe” and Gen. Grant. A committee of investigation and a court-martial soon followed, with the speedy relief of Paducah of the most obnoxious and cruel tyrant.

In [Gen. Payne’s] desk were found letters [to his subordinates] saying: “Don’t send any more pianos or plated silver or pictures; all the kin are supplied. But you can send bed linen and solid silverware.”