Most Say Media, Not Russians, Tilting the Election 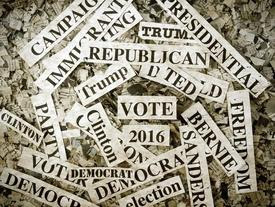 Most voters aren’t buying the story that the Russians are trying to manipulate the election for Donald Trump but think the U.S. media is trying to swing things for Hillary Clinton.

Eighteen percent (18%) are not sure. (To see survey question wording, click here.)