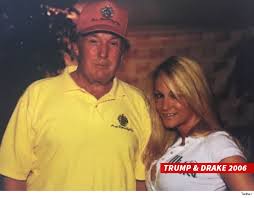 Damn if that ain't the best one I've ever heard!:) Story seems normal to me.

The famous attorney, who is already representing two of Trump's other female accusers, began the press conference by responding to remarks Trump made earlier in the day. Speaking in Gettysburg, Trump had threatening to sue all of his now 11 female accusers for defamation.