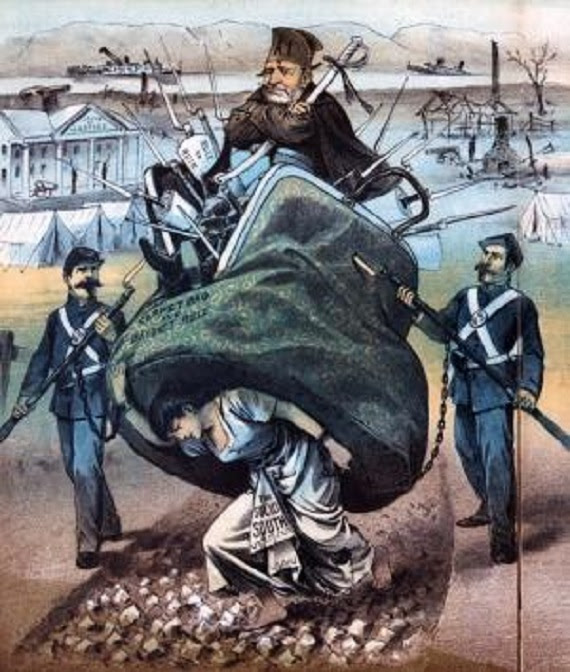 The Union League is one of the most cryptic of Civil War and Reconstruction era topics even though it was a wellspring of tyranny. Together with the Loyal League identical twin, Southern chapters prompted the Ku Klux Klan (KKK) to evolve from an obscure social club into a violent anti-Republican, and therefore anti-black, vigilante group.

The first Union Leagues lodges were formed in the North to support Republicans after Democratic gains in the 1862 wartime elections. According to historian Christopher Phillips the Leagues “demanded undiluted loyalty to the wartime polices of Abraham Lincoln.” They believed there was no such thing as a loyal opposition. Voters either supported Lincoln, or they were traitors. “Western Loyal Leaguers fought dissent with more than words. In central Illinois, one woman claimed that Republicans ‘were forming Vigilance committees to…[identify] every man and woman…not loyal to Lincoln.’” Even non-voters were not exempt from violence. In 1863 Leaguers tarred and feathered seven Ohio women, including one who was a widow of a recently deceased Union soldier.