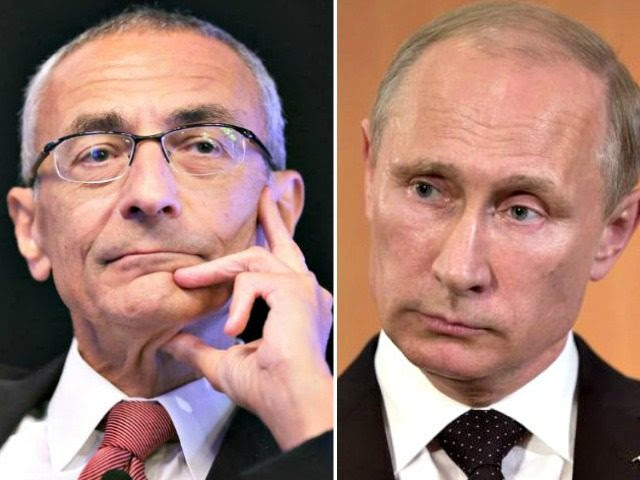 Hillary Clinton’s campaign chairman John Podesta’s membership on the executive board of an energy company, Joule Unlimited, which received millions from a Putin-connected Russian government fund, also included “75,000 common shares,” according to an email exchange uncovered by the Wikileaks hacks.

In the newly-uncovered email exchanged under the subject “Podesta Outstanding Docs for Joule,” Eryn Sepp, who was an assistant to Podesta at the Center for American Progress, forwarded a message to Podesta from Mark C. Solakian, who was Senior Vice President and General Counsel at Joule Unlimited Technologies, Inc.