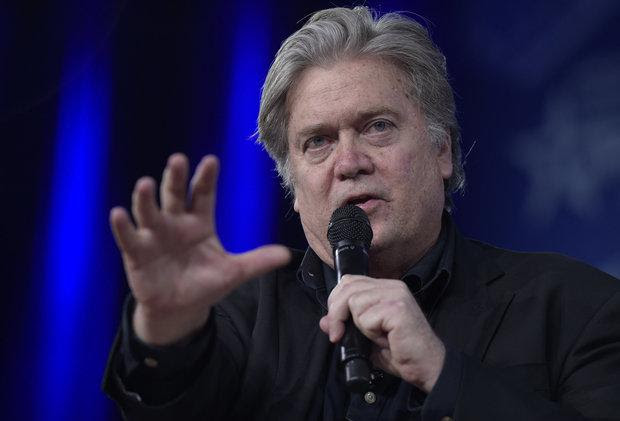 White House Chief Strategist Steve Bannon said Thursday that one of the main goals of the Trump administration is to significantly reduce the power of the federal bureaucracy.

"The third, broadly, line of work is what is deconstruction of the administrative state," he said to cheers.

He said one key move the Trump administration did right away was leaving the Trans-Pacific Partnership, which he said fit those goals.