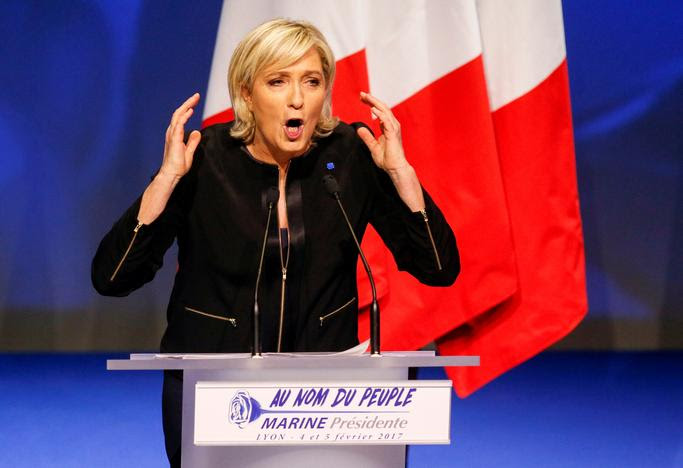 France's far-right party leader Marine Le Pen on Sunday told thousands of flag-waving supporters chanting "This is our country!" that she alone could protect them against Islamic fundamentalism and globalization if elected president in May.

Buoyed by the election of President Donald Trump in the United States and by Britons' vote to leave the European Union, Le Pen's anti-immigration, anti-EU National Front (FN) hopes for similar populist momentum in France.