Kansas secretary of state backs the White House: New Hampshire Senate race that swung on 1,017-vote margin may have been decided by 6,000 out-of-state voters 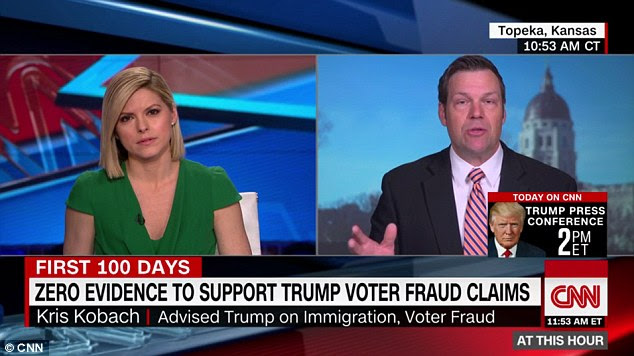 The U.S. Senate race in the Granite State was decided by just 1,017 votes, with a Democratic challenger unseating a Republican incumbent

CNN interviewed Kobach about his evidence over a graphic that read: 'Zero evidence to support Trump voter fraud claims'