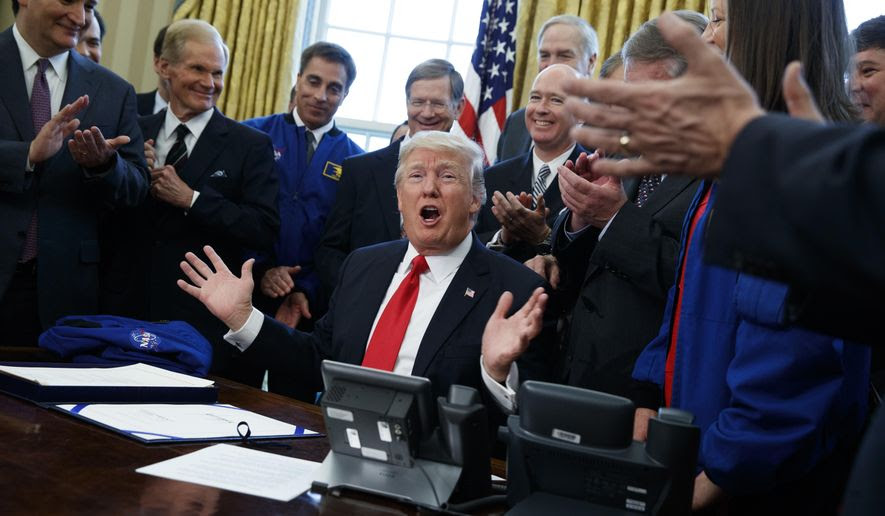 Mr. Cruz piped in: “You could send Congress to space.”

The lawmakers and astronauts laughed and Mr. Trump said, “We could. What a great idea that could be.”

President Trump put NASA on course for a mission to Mars and beyond Tuesday, signing a bill that authorized boosting the agency’s current year budget to $19.5 billion and restoring its focus on manned space flights.

Mr. Trump spoke in historic terms about the renewed charge of the National Aeronautics and Space Administration, which was expanded to include “the search for life’s origins, evolution, distribution, and future in the universe” in at the agency’s mission statement.

“Almost half a century ago our brave astronauts first planted the American flag on the moon. That was a big moment in our history. Now this nation is ready to be the first in space once again,” he said at a signing ceremony in the Oval Office.