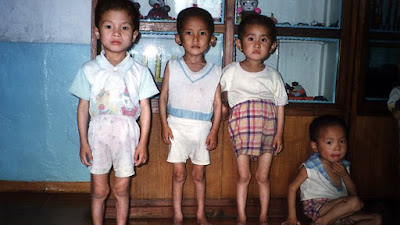 Join the North Korean Army or slowly starve to death.

The Ghost Has Been On A Brief Vacation.

In the interim the world and its insanity goes on. Sometimes it gets harder and harder to care. A symptom of getting older I guess.

Korea: Yawn. Big deal. So what. Yes the little fat boy is a menace and nobody wants to see NK armed with nukes and the missiles to deliver them. Somehow though I don't think either China, South Korea or Japan or the US want to take on the burden and costs of trying to assimilate millions of starving and brain washed people into civilized society. It would require a multi-generational effort and the rest of the world is far to enmeshed in their own pending crises.