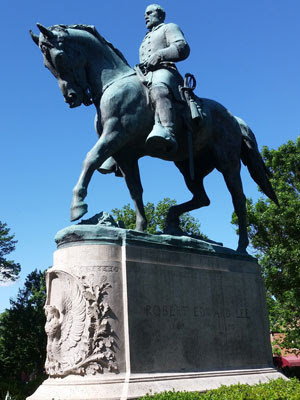 Both sides battling it out over an injunction to stop the removal of the Robert E. Lee statue and renaming of the park its in were in court for hours Tuesday.

The judge said he issued the six-month injunction to prevent City Council from removing the statue because irreparable harm could be done to the War memorial. But the judge said renaming the park isn't irreparable and can be done.