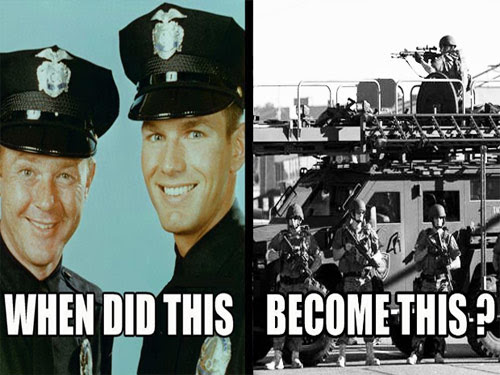 “It is often the case that police shootings, incidents where law enforcement officers pull the trigger on civilians, are left out of the conversation on gun violence. But a police officer shooting a civilian counts as gun violence. Every time an officer uses a gun against an innocent or an unarmed person contributes to the culture of gun violence in this country.”—Journalist Celisa Calacal


Legally owning a gun in America could get you killed by a government agent.

While it still technically remains legal to own a firearm in America, possessing one can now get you pulled over, searched, arrested, subjected to all manner of surveillance, treated as a suspect without ever having committed a crime, shot at and killed.

This same rule does not apply to government agents, however, who are armed to the hilt and rarely given more than a slap on the wrists for using their weapons to shoot and kill American citizens.
According to the Washington Post, “1 in 13 people killed by guns are killed by police.”