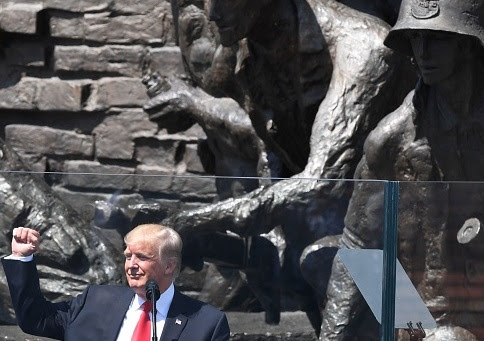 Nation-state populism, spirit, and the defense of civilization

President Trump delivered one of the most important speeches of his young presidency on Thursday. Billed as "Remarks to the people of Poland," the address was as clear a statement we've heard of Trump's nation-state populism. This philosophy, which differs in emphasis and approach from that of other post-Cold War Republican presidents, is both enduring and undefined. Reaching as far back as Andrew Jackson, and carrying through, in different ways, William Jennings Bryan, Franklin Delano Roosevelt, Spiro Agnew, Ronald Reagan, Ross Perot, Patrick Buchanan, James Webb, and Sarah Palin, the nation-state populist tradition has suffered from its lack of intellectuals, professors, and wordsmiths. But that is beginning to change.