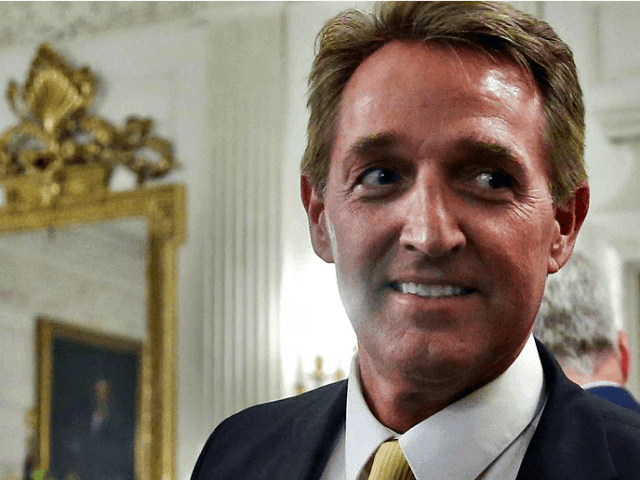 Incumbent Sen. Jeff Flake (R-AZ) is underwater badly in his home state, with just 21 percent of Arizona Republicans supporting him for reelection against challenger Dr. Kelli Ward—who gets 47 percent support—per a new poll from JMC Analytics.

The poll, provided to Breitbart News ahead of its public release by JMC Analytics’ John Couvillon, shows Flake in almost irreparable shape ahead of his reelection bid in 2018. That an incumbent U.S. Senator like Flake could be polling as low as 21 percent in his own primary, while a challenger like Ward has pulled 26 points ahead of him at 47 percent, is almost unthinkable with nearly a full year to go until the August 2018 primary. Three percent of the electorate said they would vote for Nicholas Tutora, another candidate, and 29 percent are undecided, when asked which candidate they would vote for between Ward, Flake, and Tutora.