Hundreds of tractors roll into Barcelona to protect polling stations ahead of Catalan's 'banned' independence referendum on Sunday after police seized more than 2.5 million ballots 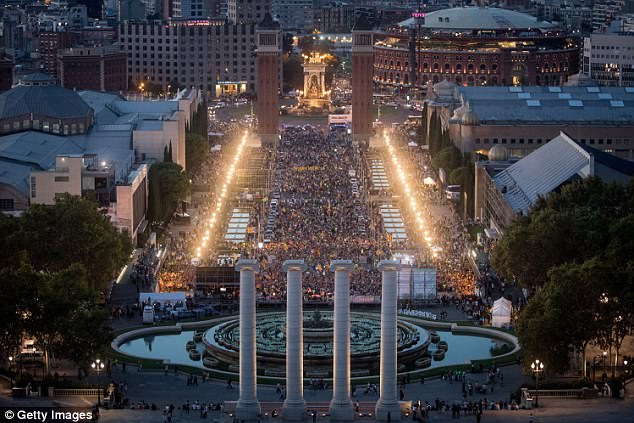 Hundreds of tractors rolled into Barcelona to protect polling stations ahead of the 'banned' Catalan independence referendum this Sunday.

Striking images capture the moment more than 500 of the heavy vehicles were driven in to protect the '2,315 polling stations all over the region' - intended for the referendum that is said to have been banned by officials in Madrid.

Independence supporters, many wearing the colours of FC Barcelona or flying the estelada flag clung from the tractors in a loud, forceful show of strength.

More with many pictures@ Daily Mail
Posted by Brock Townsend at Friday, September 29, 2017