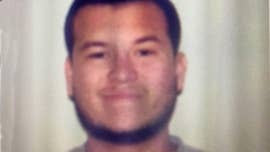 The Mandalay Bay security guard who disappeared last week moments before he was scheduled to break his silence in television interviews has not been heard from since he went to a walk-in health clinic, his union president said.

David Hickey of the Security, Police, and Fire Professionals of America (SPFPA) told reporters Friday that he got a text the night before saying Jesus Campos was taken to a UMC Quick Care facility, though he did not specify where or whom the text came from.

A spokesperson at the UMC Quick Care, which has eight locations throughout the Las Vegas area, told Fox News on Monday that they had "heard nothing" about Campos visiting them.