Drudge calls Steve Bannon 'schizophrenic' & Trump: Steve 'not only lost his job, he lost his mind'

Matt Drudge, the editor and founder of the Drudge Report, zinged Steve Bannon after a new report detailed the former White House strategist’s comments calling a meeting between Donald Trump Jr. and a group of Russians as “treasonous.”

“No wonder schizophrenic Steve Bannon has been walking around with a small army of bodyguards,” Drudge tweeted Wednesday. 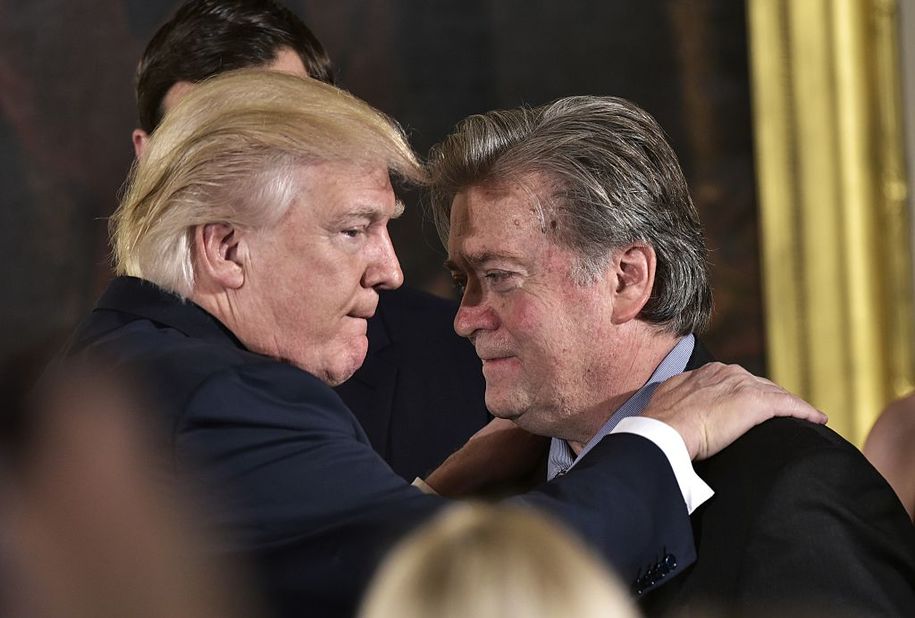 President Trump slammed his former chief strategist just hours after excerpts of a forthcoming book about the presidency revealed Steve Bannon had made disparaging comments about Trump's family and personal habits.

"Steve Bannon has nothing to do with me or my presidency. When he was fired, he not only lost his job, he lost his mind," Trump said in a statement on Wednesday. "Steve was a staffer who worked for me after I had already won the nomination by defeating seventeen candidates, often described as the most talented field ever assembled in the Republican party."