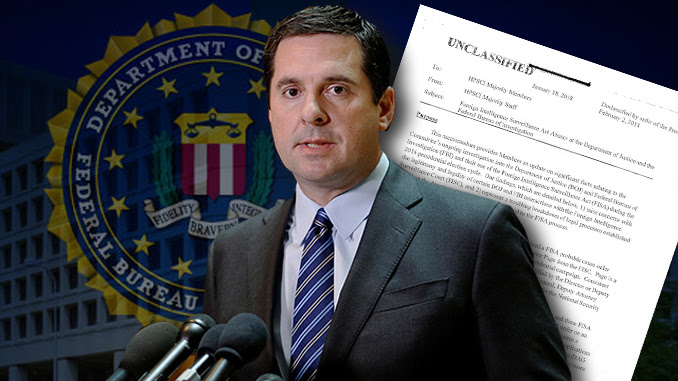 That memo worked up in the Intel Committee of Chairman Devin Nunes may not have sunk the Mueller investigation, but from the sound of the secondary explosions, this torpedo was no dud.

To persuade a FISA court to issue a warrant to spy on Trump aide Carter Page, the FBI relied on a dossier produced by a Trump-hating British spy, who was using old Kremlin contacts, while being paid to dig up dirt on Donald Trump by Hillary Clinton’s campaign.

Not only were the Clinton campaign and DNC paying the spy, Christopher Steele, for his dirt-diving, the FBI put Steele on its own payroll, until they caught him lying about leaking to the media.