A Conversation on Race 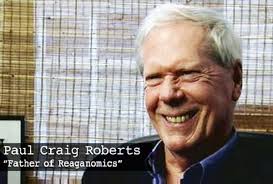 I hope to take a few days off until next week, assuming Washington can refrain for a few days from orchestrating another fake or false flag event in order to justify another Washington war crime against Syria and another dangerous accusation against Russia or Iran.


We often hear that we need a conversation on race. Considering that Americans are a brainwashed people living in a false history, such a conversation would resemble the one the Russians were expected to have with the British in regard to the Skripal poisoning: “Yes, we are guilty. We will pay reparations. Where would you like us to send Putin for trial?” In other words, the only acceptable race conversation in the US is one in which white people accept the accusation that they are racist and offer to make amends.

Considering that the only slavery experienced by any living black or white person is income tax slavery, race is an issue only because it has been orchestrated as an issue along with gender and sexual preference. These divisive issues are the products of Identity Politics spawned by cultural Marxism.