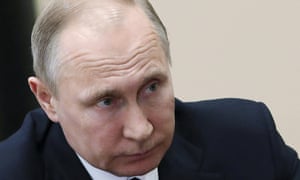 Vladimir Putin has condemned US-led military strikes in Syria as an “act of aggression” and said Russia would convene an emergency session of the UN security council over the attack.

In a statement released by the Kremlin, the Russian president denied evidence of a chemical weapons attack in the Damascus suburb of Douma and said the strike would “have a destructive effect on the entire system of international relations”.

It did not appear late on Saturday morning that the attack would trigger a military response from Russia, as Moscow reported that the missiles had steered clear of Russian military bases in the country.