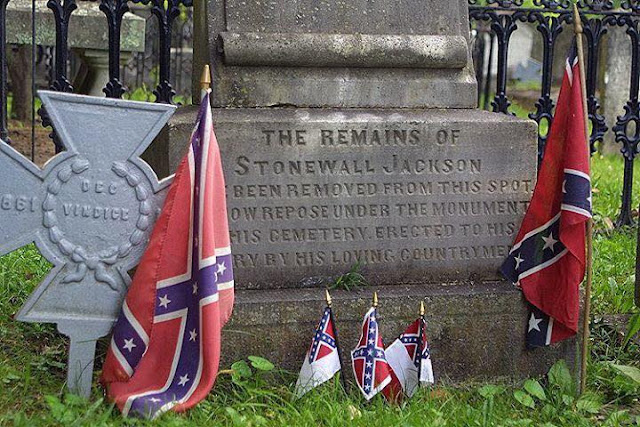 Today we mark this day in history. On this day, May the 10th in the year of our Lord Eighteen Hundred and Sixty-Three, General "Stonewall" Jackson, died of pneumonia. Thomas Jackson earned his moniker "Stonewall" at the First Battle of Manassas on July 21, 1861 by Confederate General Bernard Bee. Inspired by Jackson's resolve in the face of the enemy, Bee called out to his men to inspire them: “Look, men! There is Jackson standing like a stone wall!"

General Jackson lost his arm on May the 2nd, during the Battle of Chancellorsville, He had been personally, with a few of his aides, reconnoitering the enemy lines. The battle that day had been a terrible one and Jackson had led an attack on the Yankees', right flank, successfully obliterating the XI Corps. At approximately 9 pm, he made his way back from his mission scouting the enemies position for the next day's battle.


More @ The Virginia Flaggers
Posted by Brock Townsend at Thursday, May 10, 2018