The Civil War Is at Hand 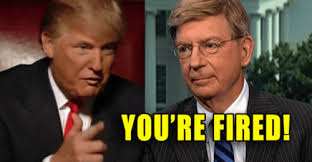 Even though Fox News gave him the boot, George Will’s signature trait — pretentiousness — is alive and well.  In a recent column in the Washington Post titled “Vote against the GOP this November,” Will outdid himself with a whole new level of pretentiousness.  One gets the distinct impression that his greatest thrill in life is coming up with words that most people have never heard of.

True, his pretentiousness is phony and obnoxious.  True, he has become a caricature of the infantile whiners who failed to get their way in the last election.  True, his irrelevance has reduced him to a pathetic figure.  But before dismissing Will’s childish behavior out of hand, I think it’s worth examining what his downfall and subsequent bitterness means in the grand scheme of things.