Donald Trump: FISA Warrant to Spy on Campaign ‘a Disgrace to America’ 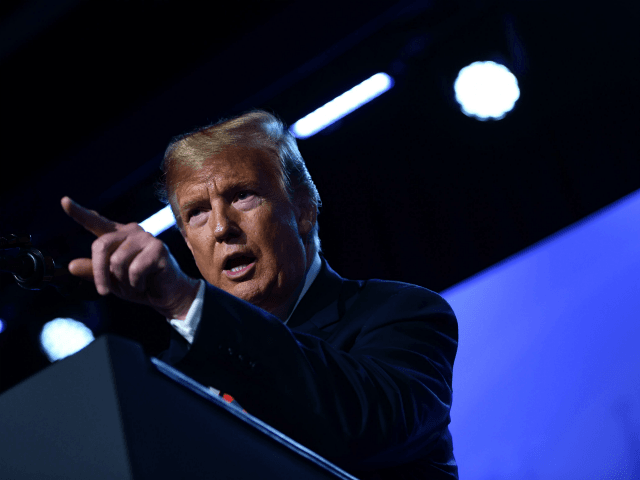 President Donald Trump highlighted Monday the revelation of the FISA warrant used to spy on one of his foreign policy advisers Carter Page.

The heavily redacted set of documents were released to the public on Saturday, revealing that the unverified dossier created by Christopher Steele and paid for by the DNC was used to spy on the Trump campaign.

“So we now find out that it was indeed the unverified and Fake Dirty Dossier, that was paid for by Crooked Hillary Clinton and the DNC, that was knowingly & falsely submitted to FISA and which was responsible for starting the totally conflicted and discredited Mueller Witch Hunt!” Trump marveled on Twitter.

The president cited Judicial Watch President Tom Fitton who appeared on Fox and Friends to discuss the newly published information.