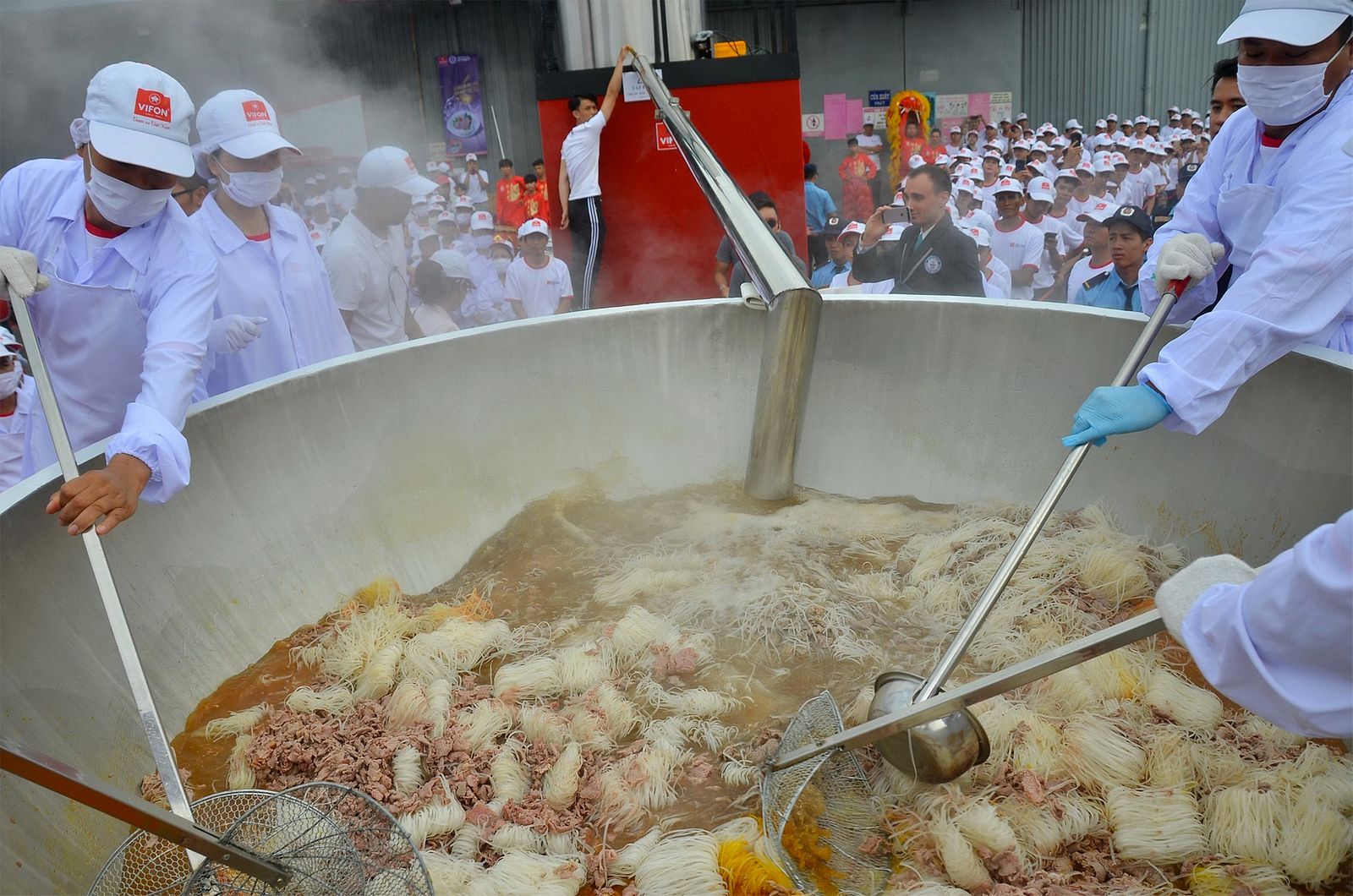 The soup was made in an enormous bowl with a diameter of 2.1 meters and the bowl contained two layers of stainless steel. According to VIFON's chairwoman, Bui Phuong Mai, the company followed strict requirements during the procedure of setting the record. Adjudicators from Guinness World Records were invited to the event to evaluate the instant phở bowl.

After the record was officially set, the bowl was then divided into 1,963 portions and served to people attending the event inside the company compound.

With this new title, the gigantic instant phở bowl has joined two other Vietnamese food-related records on the Guinness book — the largest sticky rice Tet cake in 2004 and the longest spring roll in 2015. [Photo via Nguoi Lao Dong]