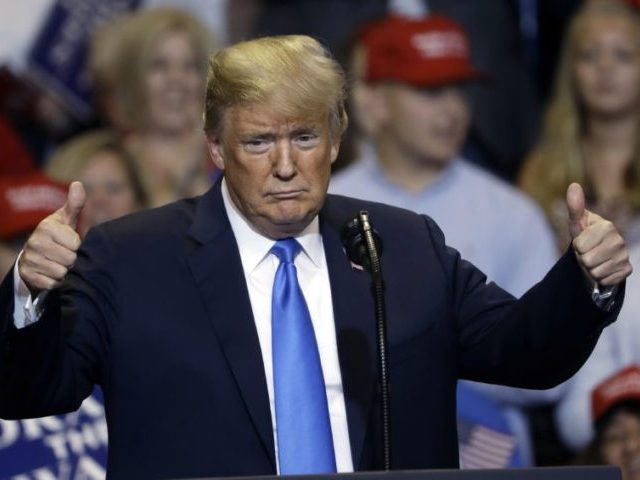 President Trump says a “tidal wave” of crime, illegal immigration, and drugs would flood into the United States if a plan by Senate Democrats is ever implemented.

During a campaign rally for Kansas gubernatorial candidate Kris Kobach in Topeka, Kansas, Trump called out Sen. Dianne Feinstein’s (D-CA) plan for open borders that every Senate Democrat has announced they support.

“Every single Democrat in the U.S. Senate has signed up for the open borders, and it’s a bill, it’s called the open borders bill, what’s going on and it’s written by… guess who? Dianne Feinstein,” Trump said.