The Beast’s Son-In-Law in Mississippi 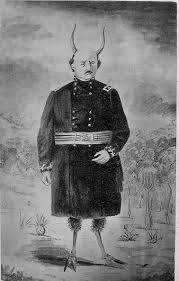 If any of you saw the movie Gods and Generals you may have noticed in it, just before the Battle of Fredericksburg, a Yankee colonel named Adelbert Ames from the state of Maine. In the movie he is a rather sharp-featured individual. Pictures of him later in life show that the sharpness of his features have been rather dulled and he looks much like a person that has led a softer existence.  Living the good Yankee life in the South during Marxist “reconstruction” seems to have had that effect on many that came south after the War of Northern Aggression to seize new opportunities–and anything else they could get their hands on. They planned, in classic totalitarian style, to either “rule or ruin” or both.