Bought the book when it first came out in 1982. Still infuriating. 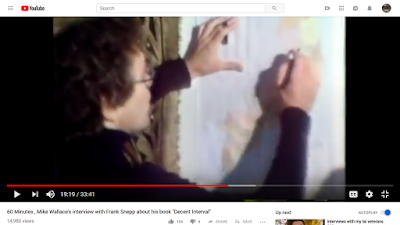 Screen shot from the video.  I remember doing the exact same thing, coloring provinces (On the wall map of SVN that were now under NVA control ) during March until April 1. There had been many offensives before, but they were always defeated. On April 1st  I realized that it was over and stopped doing it.  After a few days one of the Vietnamese girls in the office (DAO) asked me why hadn't I continued and I was so depressed that I didn't answer.