Lines On the Back Of a Confederate Note: "Representing Nothing on God's Earth Now" 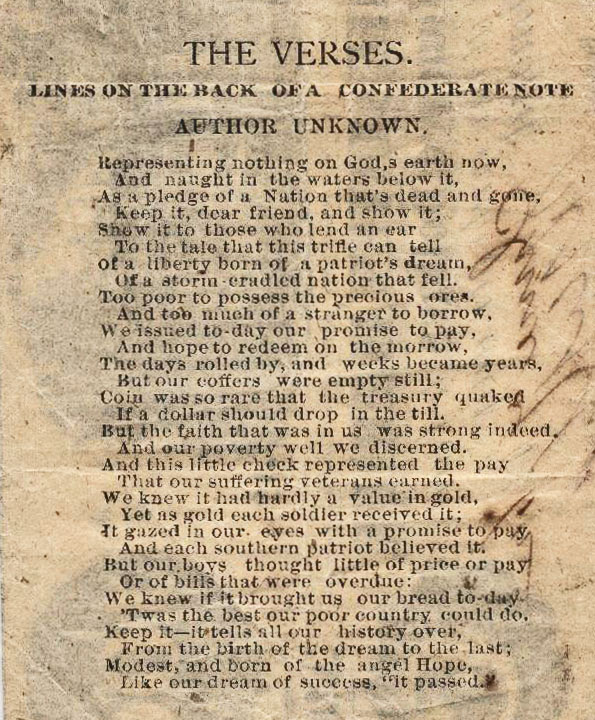 Shortly after the Civil War ended, Major Sidney A. Jonas, late of General Stephen D. Lee’s staff, made his way to Richmond, hoping from there he could find transportation to his home in Aberdeen, Mississippi. Although he and his companions were broke, the sympathetic owner of the Powhatan hotel gave the former Confederates lodging for the night.

While a guest at the Powhatan Jonas wrote a poem that came to be loved throughout the South, a mournful dirge to the lost Confederacy known by the simple title “Lines on the back of a Confederate Note.” Years later Jonas wrote an account of how the poem came to be written, which was published in Volume 14 of Watson’s Magazine:


More @ Mississippians In The Confederate Army
Posted by Brock Townsend at Wednesday, March 20, 2019