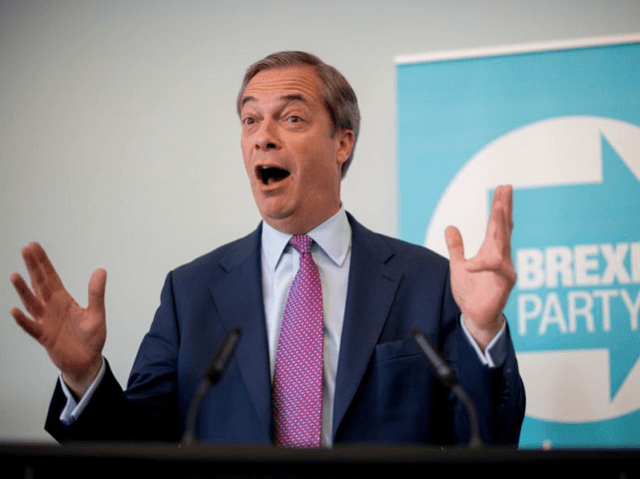 Nigel Farage’s Brexit party has hit a new polling high, reaching a predicted 35 per cent of the public vote just five weeks after the party was launched and six days before Britain votes in the European Union Parliament elections.

While the figures reported by major pollster YouGov remain comparatively static to their last figures published last week, the newly minted Brexit Party has managed to rise one point from an already historic 34 to 35 per cent, while the Conservatives have dropped one.