Deputy Who Failed to Confront Parkland Shooter Is ‘Arrested for Inaction’ 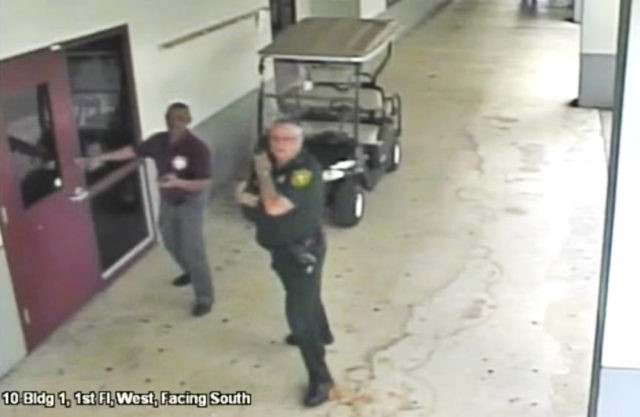 Former Broward County Deputy Scot Peterson has been arrested over his failure to do anything to stop the Parkland gunman during the February 14, 2018, attack.

On March 15, 2018, Breitbart News reported on surveillance video that allegedly shows Peterson standing outside building 12 while the attack occurred. Then-Broward County Sheriff Scott Israel told ABC News the video showed Peterson “arrive at the west side of Building 12, take a position” but never go in.