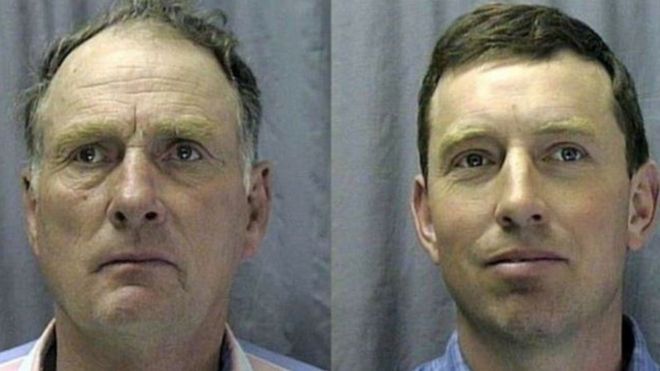 Praise the Lord and pass the ammunition!

Dwight Hammond, 76, and his son Steven Hammond, 49, were convicted in 2012 after a prescribed burn on their land spread to nearby public lands in 2001.

The pair served time in jail, but a judge later ruled that they must serve their full five-year sentence.
The ruling sparked anti-government protests that left one rancher dead.