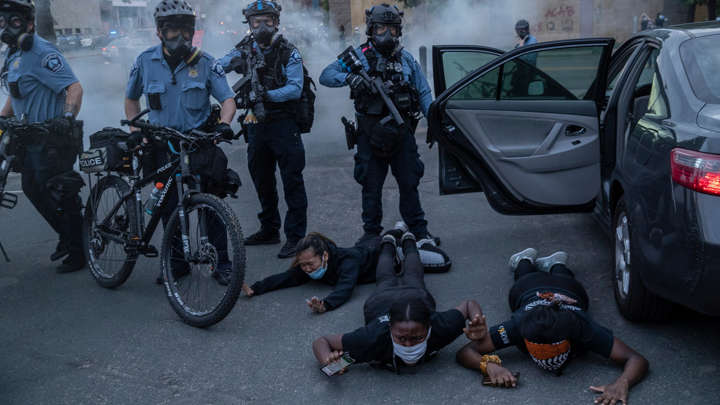 After an optically-disastrous weekend of sending  mixed messaging, President Trump today seems to have found his footing. In one of his shortest speeches on record, Trump announced that he is officially ordering active duty military be deployed to Washington, DC, to reclaim the streets from ANTIFA forces to stop the looting, rioting, arson and physical assaults that have been the hallmark of the ‘peaceful protests’ of the radical Left.

This is not martial law per se, pretty close to it, but Trump is out of options at this point. Left unchecked, I feel the ANTIFA forces would have breached the White House in the next day or two.

Since the military will now be on the streets, they need to show George Soros and company what liberty looks like. The fine men and women of the United States Armed Forces need to release a little ‘shock-and-awe’ and make the ANTIFA forces pay a price for their rebellion.