Call to Action! March on DC, Stop the Steal, Defend the President, & Defeat the Deep State 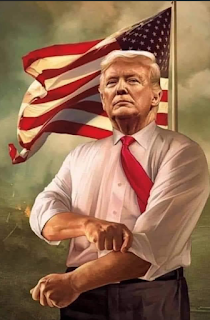 President Trump is a fighter,

but he needs us to stand with him and fight too!

We must all march on Washington D.C. and directly back-up and defend President Trump as he fights against the ongoing coup that is attempting to steal the election.   Start rolling toward DC now!  Join in on:

Go too www.stopthestealcaravan.com to learn more.