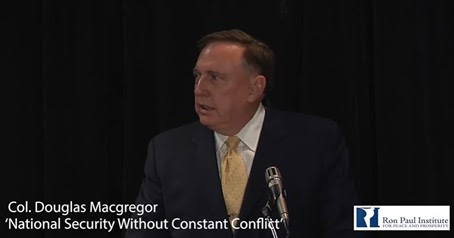 In what may go down in history as a tragic example of "a day late and a dollar short," President Trump today named US combat veteran Col. Douglas Macgregor to be senior advisor to acting Defense Secretary Christopher Miller. Trump's recently-fired Defense Secretary Mark Esper was another in a nearly four-year-long line of terrible personnel choices that together with the ongoing Democratic party-led slow-motion coup has crippled the Trump Administration in its most important mission: Putting America first when it comes to foreign policy.