Michael Flynn, Family Thank Trump For Pardon: ‘Tyranny Will Not Topple Us’ 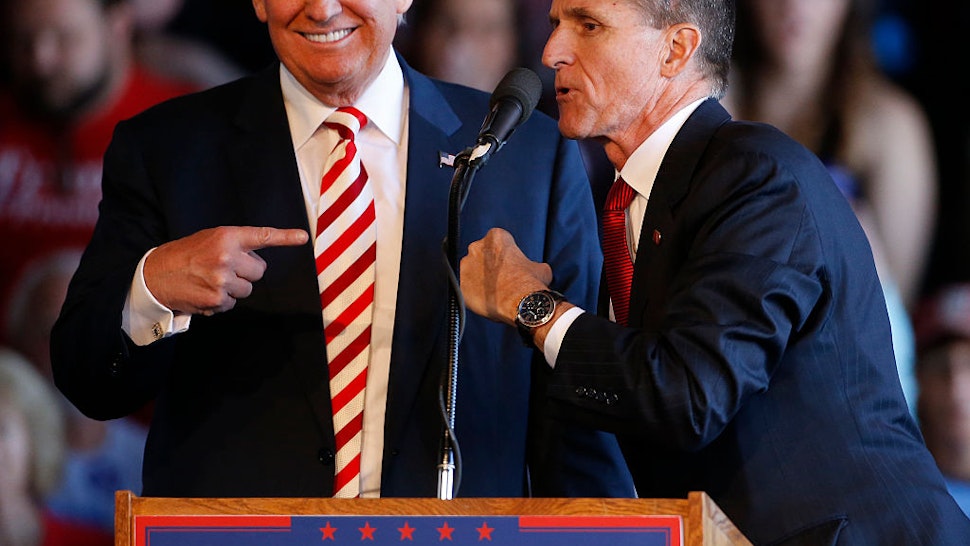 “For four long years, our family and millions of American patriots stood arm-in-arm together with our brother, General Michael T. Flynn, fighting the vicious, deep-rooted corruption of government institutions and vengeful individuals intent on destroying General Flynn and our country in shameful defiance of justice and the Rule of Law. Those individuals have disgraced the United States of America. The perpetuation of this political persecution of General Flynn was further fermented by Judge Emmet Sullivan’s refusal to dismiss the fraudulent prosecution. Judge Sullivan’s inactions are a reprehensible assault against the Constitution and will live in infamy the world over and is his legacy,” the statement said.

“Today, the Flynn Family is grateful to President Donald J. Trump for answering our prayers and the prayers of a nation by removing the heavy burden of injustice off the shoulders of our brother Michael, with a full pardon of innocence. We thanks President Trump for recognizing our brother’s sacrifice in this battle for truth, our Constitution, our Republic and all that America stands for around the world – a true beacon of liberty. We are forever appreciative to President Trump for giving back to Michael his freedom in undoing a hideous wrong. Michael’s determination and resilience in the face of this battle exemplifies his decades of dedication to this nation as a Soldier and leader of men and women in service protecting the very rights he was denied,” the statement continued.

“Let it be heard across this great country and around the world that tyranny will not topple us. Masks will not silence us. Threats will not stop us. Evil will not triumph. We are Americans. We stand on the shoulders of the greatest forces and heroes of bravery and courage the world has ever known. That is our legacy and our obligation to defend now, and for generations to come,” the statement concluded.