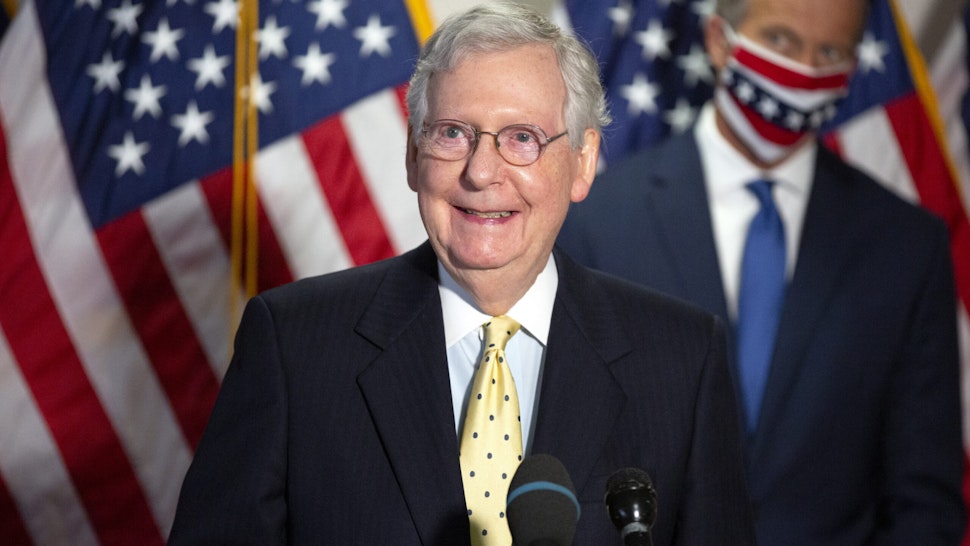 Senate Majority Leader Mitch McConnell (R-KY) blocked a $2,000 stimulus check bill on Wednesday, saying that Democrats “quietly changed” what President Donald Trump wanted in the bill. He said Democrats were attempting “to let wealthy households suck up even more money,” and that they were trying to do away with a repeal of Section 230 and a review of the recent election.

McConnell started out by slamming socialist Sen. Bernie Sanders (I-VT) for holding up the override vote on Trump’s veto of the National Defense Authorization Act.