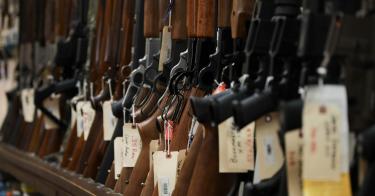 Non-compliance with gun-confiscation laws has been widespread even in countries that don’t protect the right of citizens to keep and bear arms.

Americans are already notoriously non-compliant with strict gun-control measures in states that have enacted them on a smaller scale.

The firearms and magazines that gun-control advocates wish to confiscate simply are not a driving force behind homicides—and America’s lawful gun owners know it.

As someone who works in Second Amendment policy, I often feel as though I have heard every bad, impractical or naïve gun-control argument that could possibly exist; in fact, it is becoming increasingly rare for me to find myself truly stunned at a statement made by a pro-gun control politician or advocacy group.

Yet even I was struck speechless when former Congressman Beto O’Rourke suggested during his presidential campaign that Americans would simply comply with his proposed laws to confiscate tens of millions of their firearms.

“If we’re able to pass mandatory buybacks and I’m able to sign that into law, then I fully expect our fellow Americans to turn in their AR-15s and AK-47s,” said O’Rourke.