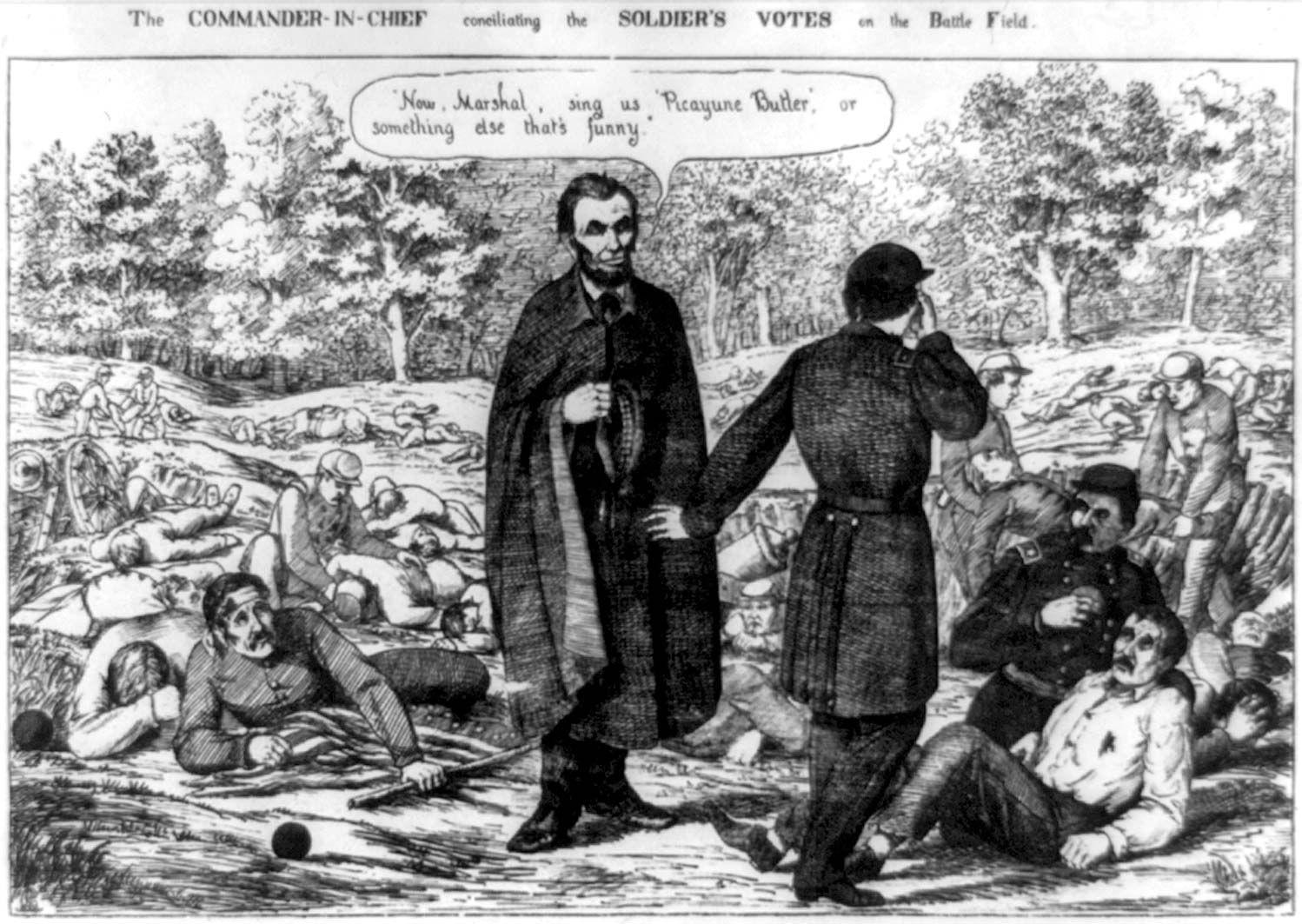 In mid-1864 Lincoln’s prospects for defeating the South’s bid for independence were bleak, and cracks appeared in his shaky coalition dominated by Radicals.  It was at this time that Southern commissioners were in Canada planning a northern front with freed prisoners at Johnson’s Island and burning New York City in retaliation for Atlanta. Had this found success, and Generals Joe Johnston and Nathan Bedford Forrest been left to harass and defeat Sherman’s army before Atlanta, a negotiated peace and thousands of lives saved might have resulted.

But, as Assistant Secretary of War Charles A. Dana wrote, “All the power and influence of the War Department . . . was employed to secure the re-election of Mr. Lincoln.” In his study of Lincoln as politician, author Don C. Seitz writes that “something like two hundred thousand soldiers were furloughed to go home and vote.”