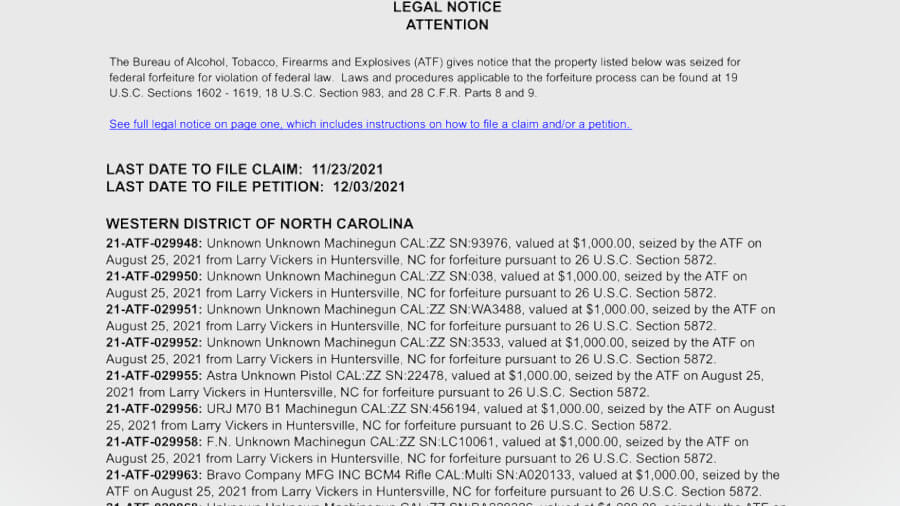 According to recently published documents from the Bureau of Alcohol, Tobacco, Firearms and Explosives, or ATF, the agency recently confiscated literally truckloads of firearms from the collection of gun industry legend and cornerstone Larry Vickers (.pdf).

Many of the guns are irreplaceable historical firearms that Vickers personally documented for his collector’s guides. While many of the guns appear to be NFA-regulated, the list includes many that may not be which raises questions about what’s going on.

Multiple sources are saying that this is the result of Vickers letting his Special Occupational Tax payment lapse, which would explain why the ATF confiscated the NFA-regulated guns.

However, among the many, many machineguns, there are a few rifles and receivers, which may or may not be NFA-regulated, which raises additional questions. So far, Vickers has not given a statement about the seizures.